Originally from Havana, Cuba, and Mexican as her second nationality, she is one of the most outstanding violinists of her generation. She studied at the "Amadeo Roldán" Conservatory, at the “Instituto Superrior de Arte” of Havana, Cuba and at the “Universidad Autónoma de Zacatecas” in Mexico. As a merit of her high artistic level, she received a scholarship in 1986 to study at the “Rimsky Korsakov” Conservatory in the city of Saint Petersburg, Russia. She has participated in advanced courses at “Wilfried Laurier University” and in Orford, Canada.

She was a member of the Camerata “Brindis de Salas” in Havana and the “Conjunto de Cámara de La Habana”, ensembles with which she carried out an important artistic activity inside and outside of Cuba.

Since 1992 she lives in the city of Aguascalientes, Mexico and since 1995 she joined the “Universidad Autónoma de Zacatecas” as a violin and chamber music teacher.

She collaborated with “Solistas de México”, the “Camerata de las Américas”, the “Camerata Aguascalientes”, the “Orquesta Sinfónica de Aguascalientes” and the “Orquesta Filarmónica de Zacatecas”. In chamber music, she is part of the “Cámara 2” duo with Rafael Machado, the “Santamaría –Medina” duo with Sergio Medina and is one of the founding members of the “Cuarteto de Cuerdas José White” (1998 to the date), ensemble with wich she has toured the Mexican Republic, United States, Canada, South America and Europe.

In her pedagogical work, she has obtained various awards as a violin and chamber music teacher for training students with the highest level of achievement and development. Her pupils have been finalists and winners of various national competitions. In 2011, she served as a professor in residence at the “Festival Internacional Instrumenta Oaxaca”, and since 2005 to the date, she´s been a formal teacher in residence at the “Encuentro Internacional de Música de Cámara de Aguascalientes”. 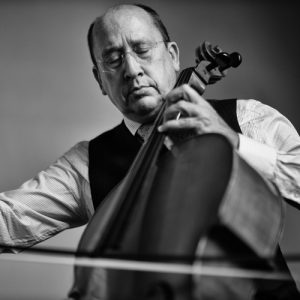 As a teacher, he taught at the “Instituto Superior de Arte” in Havana, Cuba, and the “Escuela de Laudería del Instituto Nacional de Bellas Artes” in Mexico. He is currently a professor of cello and chamber music at the “Departamento de Música de la Universidad Autónoma de Aguascalientes”, Mexico.

He was born in the city of Tepehuanes, Durango, Mexico in 1976. At the age of seven, he began his violin studies at the “Los Angeles Music and Art School” (USA) with Mr. Phillippe Zarian. Later on, in the city of Zacatecas, Mexico, he continued his musical studies at the “Escuela de Música de la Universidad Autónoma de Zacatecas”, receiving violín lessons from Mr.Juan Valentín, Mr.Tomás Ruiz, and Mr.Ricardo Justiz.

Mr.Jerry Horner (retired violist of the “Fine Arts Quartet”) was his teacher of viola and chamber music. He recieved his Bachelor degree in Music Pedagogy at the “Universidad de Guadalajara”.

He is currently a viola and chamber ensemble teacher in the “Departamento de Música de la Universidad Autónoma de Aguascalientes”. 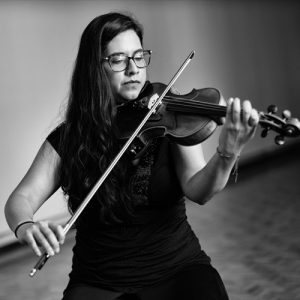 Originally from San Luis Potosi, Mexico, she began her violin studies with Mr. Janusz Czubak and later with Mr.Ricardo Justiz.

She has received numerous awards as a violinist, including fourth place in the “VI contest Hermilo Novelo” as well as the Second and First place in the "Concurso Julián Carrillo" of the years 2000 and 2002, respectively. In September 2006 she participated in the “10th International Competition for Young Violinists in honor of Karol Lipinski and Henry Wieniawski” in Lublin, Poland and in November 2010 she obtained the first place in the “C” category of the “First National Violin Competition Tomás Ruíz Ovalle”, as well as a special award for the best interpretation of the mexican piece of the contest.

She´s a formal member of the “Cuarteto de Cuerdas José White” since 2015, touring the Mexican Republic, Latin America and Europe.